11 Reasons Why Sheep Hate the Wool Industry (and Why You Should, Too)

Did you know that sheep leap with excitement when they see their friends? These sheep facts will have you loathing the wool industry and saying #Never21.
The post 11 Reasons Why Sheep Hate the Wool Industry (and Why You Should, Too) appeared first on PETA.

In her book Animalkind, PETA President Ingrid Newkirk shares discoveries about animals that will help anyone be more compassionate. These sheep facts facts are just a few examples showing the intelligence and relationships of animals. Grab a copy of Animalkind to continue learning more about the surprising ways we can relate to our fellow animals. 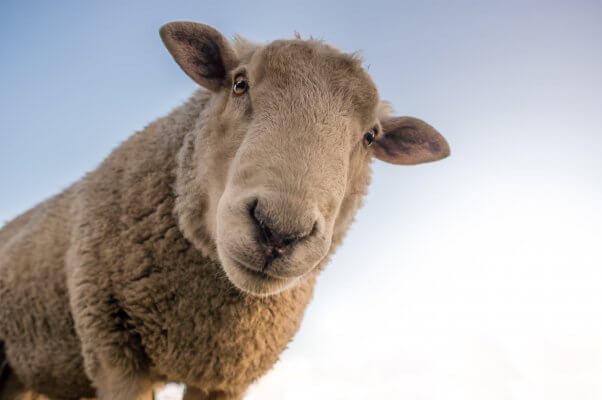 1. Sheep Just Want to Have Fun

Lambs use a special signal when they want to play—they kick their back legs into the air! Playful lambs chase and head-butt each other. They also love to cuddle with other sheep and their favorite toys.

2. They’re Picky Eaters Who Only Eat Their Vegetables

Only the best vegetation is good enough for sheep. These picky eaters use a groove in their upper lip called a philtrum to help them pick out their favorite plants. 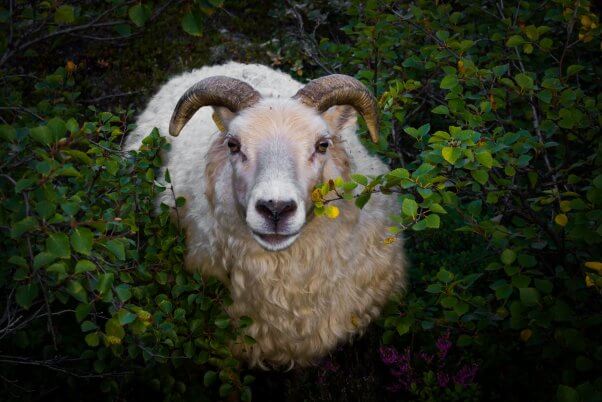 3. Sheep of a Feather Flock Together

Isolation can cause depression in many animals, including sheep. Studies have shown that sheep’s heart rates increase when they can’t find their family or are approached by strangers. That’s why sheep like to stick with their flock. They also leap into the air with excitement when they see their friends and family. They can remember about 50 faces for more than two years! 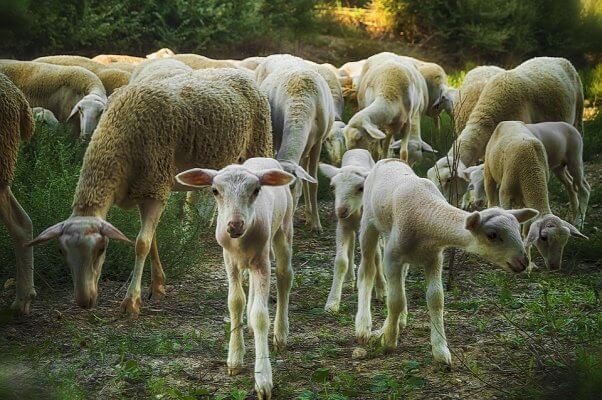 Sheep aren’t afraid to stand up for their friends or young in dangerous situations. They also have excellent eyesight, with a 270- to 320-degree field of vision. This advantage allows them to see predators sneaking up on them. 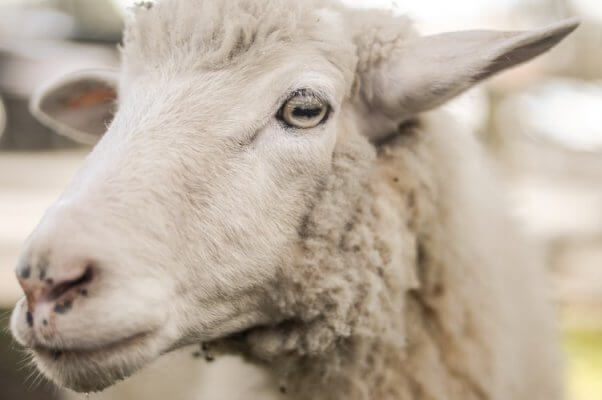 Did you know that 8% of domestic rams prefer other male partners? They’re one of a few known species that have lifelong same-sex preferences. Female sheep (aka “ewes”) usually stay in their maternal groups for life. Male sheep sometimes join flocks with other males. 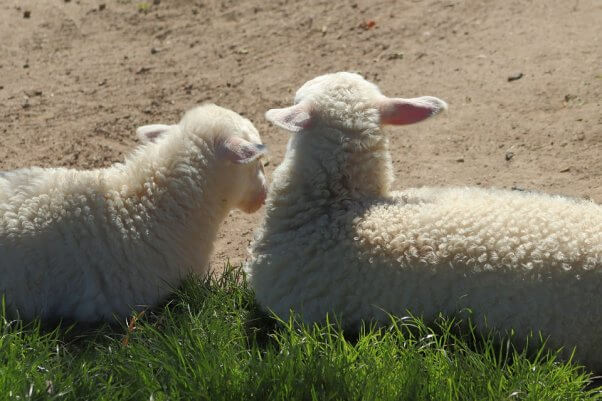 6. How Does That Make Ewe Feel?

Not only can sheep express emotions such as happiness, boredom, and sadness, they also feel complex combinations of emotions. It’s been proved that they respond to their environment with a variety of emotional responses because of the way their brains are organized. They can also detect anxiety in another sheep by looking at their face. 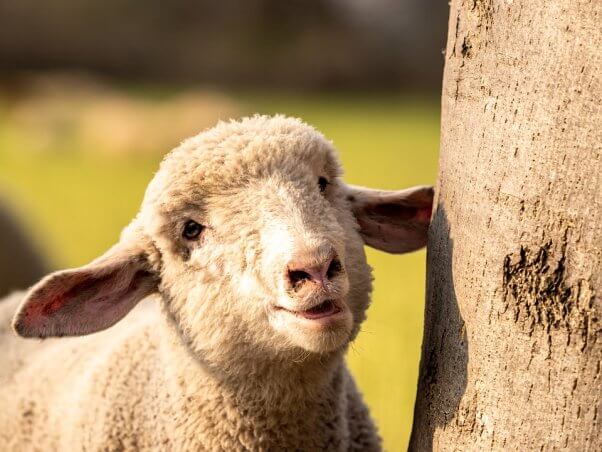 7. Being a Natural ‘Pharmacist’ Runs in the Family

When sheep in their natural habitat of hilly plains are sick, they seek out plants to make themselves feel better. They can tell if they’re deficient in a nutrient by “smelling” with their eyes and feet, and they’re able to find plants that can treat specific ailments or prevent disease. Sheep even teach their young this ability, so you could say that being a “pharmacist” runs in the family. 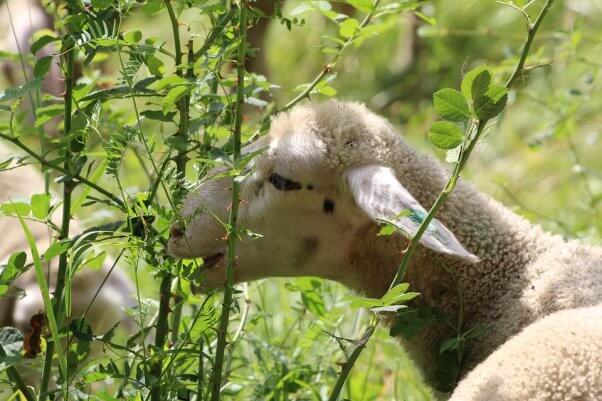 In nature, female sheep live with their young in nursery flocks with five to 100 total members. Lambs recognize their mothers after only one day, and they can identify each other by their individual bleats. Meanwhile, as noted above, male sheep live in bachelor flocks. They spend their time challenging each other for higher social ranks—it’s the ultimate fight club. 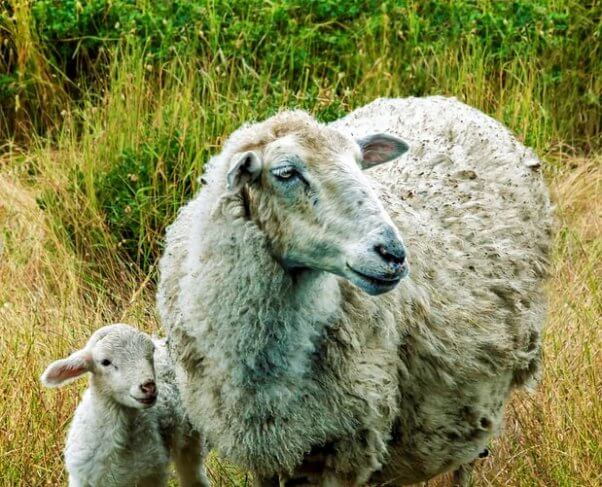 9. Sheep Can Be Optimistic Even When Things Look Bleak

The grass is always greener on the other side! Sheep have swum across lakes and rivers to seek out greener pastures. And although they have powerful memories, they’ve been shown to be optimistic even after stressful or scary situations. 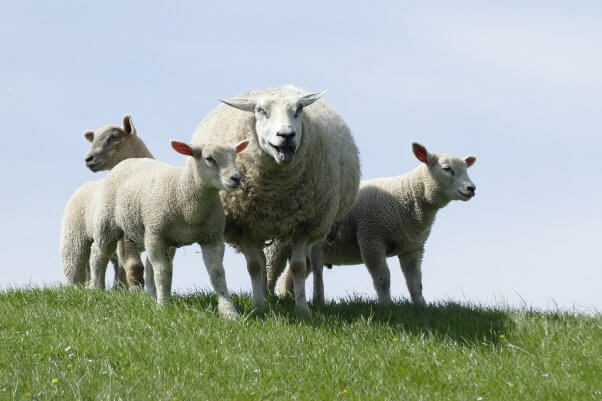 Because of today’s breeding and farming, sheep grow much more wool than they would naturally—which would be just enough to protect them from the weather. When farmers shear sheep prematurely, they frequently cause them to freeze to death. Their unnaturally thick coats in the summer can also cause many to die of heat exhaustion. 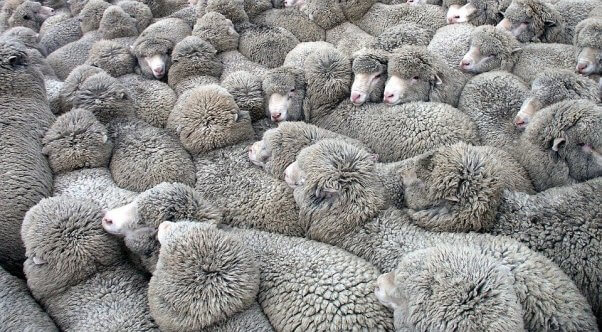 11. Sheep Die for Wool—and Some Die on Their Way to Slaughter

Sheep on farms can die from infected wounds, flystrike, and other conditions. And the remaining sheep are always slaughtered. Why? Because once they’re no longer producing enough wool to be profitable, they’re killed. Every year, millions of sheep are exported from Australia to the Middle East and North Africa. They’re forced to endure weeks in cramped, unsanitary quarters aboard ships. According to the Australian government, it’s acceptable for around 2% of sheep to die in transit. In 2012, 19,407 sheep died during live-export journeys, and in 2018, around 2,400 died on filthy ships, many of heatstroke. 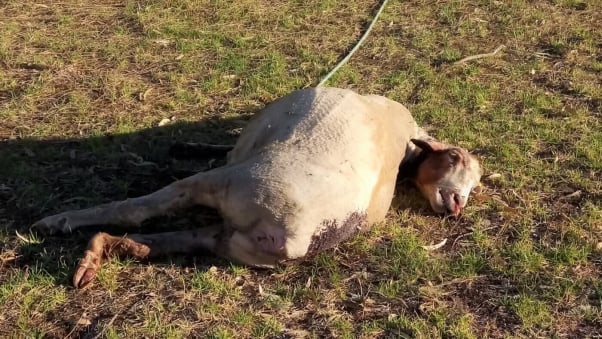 These Facts About Sheep Should Make You Hate the Wool Industry, Too

Although Australia is the largest exporter of wool in the world, PETA and our international affiliates have published 13 exposés of 116 wool operations on four continents. During these undercover investigations, eyewitnesses have caught workers punching sheep in the face and throwing them to the ground. Violence runs rampant on farms, including when workers stomp on sheep’s heads, twist their necks, and stitch up gaping wounds without providing them with any pain relief.

Clothes made of wool sold at stores such as Forever 21 come from places like the one shown above, which separate families, force sheep into barren holding pens, and traumatize them for their entire lives before violently killing them—all for a quick buck.

Ways to Help Sheep in the Wool Industry

Get a Copy of ‘Animalkind’ for a Friend

Note: PETA participates in the Amazon Services LLC Associates Program, an affiliate advertising program designed to provide websites with a means to earn advertising fees by advertising and linking to Amazon.com.

The post 11 Reasons Why Sheep Hate the Wool Industry (and Why You Should, Too) appeared first on PETA.